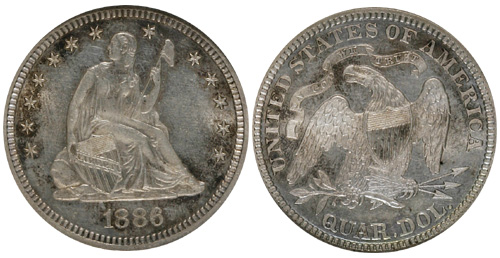 Despite the low mintage, this issue as well as others from the decade remain relatively available and affordable. This is a result of the lack or circulation and hoarding of the coins on a relatively large scale. Correspondingly, virtually all surviving quarters from this era are encountered in high grades with well circulated coins in the distinct minority.